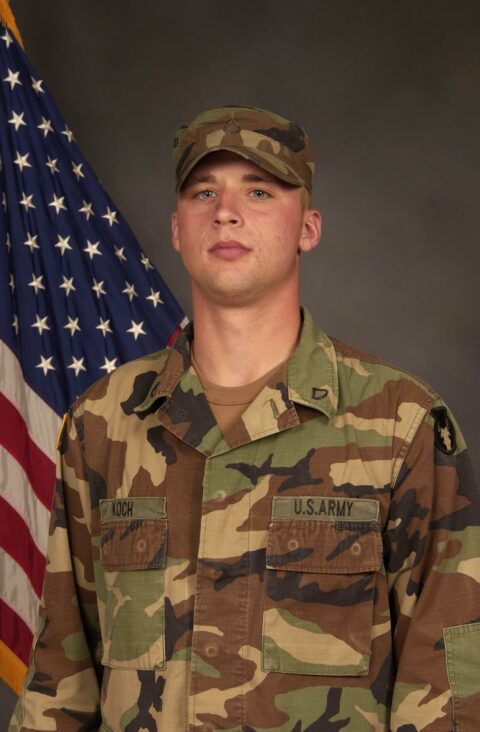 Brent William Koch was born on October 7, 1983, in St. James, Minnesota, the son of Kevin and Valerie (Loft) Koch. He resided with his family in Franklin, and was confirmed in May, 1999 with his best friend, Keith. He attended Cedar Mountain High School, graduating in 2002. Brent furthered his education at Southwest Technical College in Jackson, graduating in June, 2005. Brent did farming for Ed Gaasch, and also did construction for BKC Construction for three years. He has served in the National Guard from February, 2003 until June, 2006. Brent played trumpet in the Cedar Mountain High School Band. He was the guy who played “Taps” at the Memorial Day observance. His hobbies included riding dirt bike, snowmobiling, fishing, hunting and trapping.