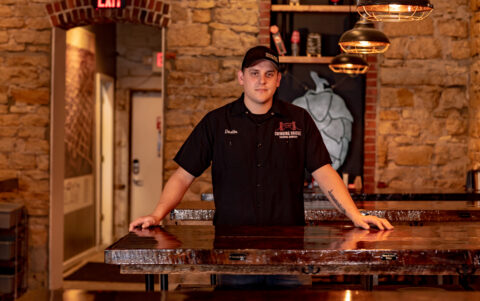 Oct. 31, 2018 (RIVER FALLS, Wisconsin) — Serving in the National Guard today is often more than a one weekend a month, two weeks a year commitment. And the lifestyle of an entrepreneur is time-consuming and demanding. Yet, Minnesota National Guard Air Force Master Sgt. Dustin Dodge does both.

Across the border into Wisconsin, Dustin Dodge is serving up beer and food for River Falls in a brewery named after the community landmark, Swinging Bridge Brewing Company. 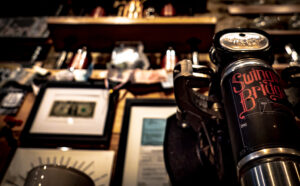 After serving on active duty in the Air Force for six years, Dodge decided to join the Minnesota Air National Guard to be closer to home and raise his family around the area that he grew up in. He originally joined the Guard as a firefighter, but has since cross trained to be a loadmaster with the 109th Airlift Squadron.

Dodge attended the University of Wisconsin – River Falls to study business for a period of time, and knew he wanted to run his own business.

“I looked around and found a business that I thought would be a value to the community, be a lot of fun to run, and obviously, be a good business to be in,” said Dodge. “And that is the beer business.”

The biggest obstacle is not just having an idea, but executing on it, he said. He’s had the opportunity to visit breweries all over the world.

This gave him dozens of examples to go off of when he was setting up his own brewery. He toured over 50 breweries before opening his own.

He set off to the Small Business Development Center in River Falls to get assistance in writing his business plan. Once he had the financials forecasted and secured some money from the bank, the St. Croix County regional business fund stepped in to help fill in the monetary gaps. His last stop was SCORE to secure a mentor that could help him make his dream a reality.

“What I don’t know, I gotta find someone who does know,” said Dodge about starting his business. 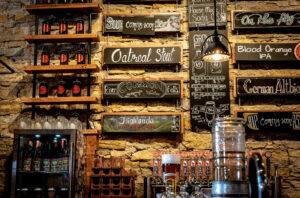 Swinging Bridge was established in 2016 and opened in March of 2017. Dodge decided to take a play from the agriculture industry and create a similar concept around beer, in what he calls a Community Supported Brewery. This membership program enables people to buy beer shares, and in return receive a discount on brews. Community is important to to him, so that’s the center of his business.

“People really feel like they are a part of our brewery,” said Dodge. “Every time I’m working behind the bar, I really realize that people really do enjoy this. They love it.”

Philanthropy was also built into the brewery from the beginning. Dodge supports Victory and Valor for Vets, a local charity in River Falls, every year through a disc golf tournament.

“With any business, our biggest goal is to always be growing,” said Dodge. “We really want to grow the business so we can give back more and expand space to be able to serve more people locally.”

In addition to giving monetarily, Dodge also has a “Pour it Forward” board where patrons can buy a beer for a veteran. Currently, there’s about $200 worth of beer available.

Dodge could not have built a successful brewery with the title of Small Business of the Year while also serving in the Minnesota Air National Guard if it wasn’t for his support network.

He has a great business partner that handles the day-to-day operations when he’s away on duty, as well as a staff he is confident in, he said. The key is having good people and an understanding family that believes in your dream.

“It comes down to a good support network that allows you to keep serving and that values what you’re doing in the National Guard and in business,” Dodge said. 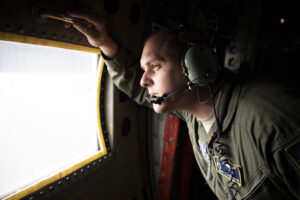 As for other National Guard Airman and Soldiers, Dodge has some practical advice: “If I had to give some advice to other National Guardsmen who are balancing either owning a business or personal life and military life, the biggest thing is, set up ways to communicate and manage while you’re serving.”

He uses cloud-based systems so he can manage his business during his downtime while he’s away.

Individuals with military experience are 9.4 to 11 percent more likely to be self-employed than to work for someone else, all else equal, according to a 2007 paper published by the Small Business Administration. The paper found that the presence of military experience is the strongest predictor of self-employment in the model.

Leadership, organization and attention to detail are the main skills that Dodge picked up from the military that helped him succeed in his brewery, he said.

Although his training with the Minnesota Air National Guard may take him away from his business venture, it has also been what has helped him continue to serve at home and give back to fellow veterans. 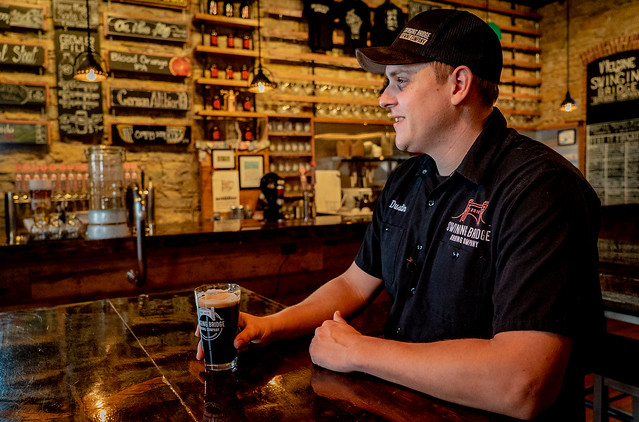