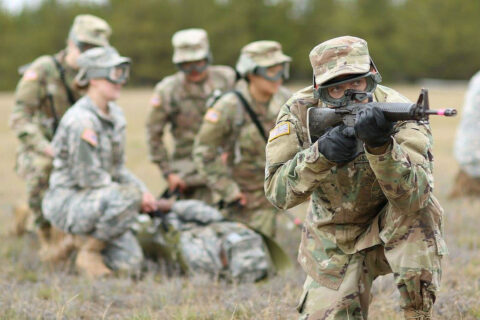 CAMP RIPLEY, Minn. (Nov. 2, 2016) – Some of the newest members of the Minnesota National Guard took part in a short and informative familiarization exercise October 28-30, 2016, at Camp Ripley.

There are approximately 1,300 Soldiers that make up the Minnesota National Guard Recruit Sustainment Program. About 650 of them currently attend drill weekends with their units while the remainder are in various stages of training at locations around the U.S.

“Events like these help everyone across the board,” said 1st Sgt. Shawn Kor, of the Arden Hills RSP. “It increases visibility, amongst other units and leaders, to the type of training that we conduct while providing a positive example to young Soldiers who are beginning their careers.”

The new Soldiers were to be introduced to the Army’s wide variety of experiences including room clearing using electronic simulations equipment and how to respond to a mass casualty situation. Additionally, they took part in an obstacle course teaching teamwork, how to think on their feet, and how to tactically operate in a given environment.

“The Soldiers’ motivation was my favorite part,” said Sgt. Randi Little, a Minnesota Army National Guard Recruiter at Camp Ripley. “By the afternoon on the first day, they were all singing the Army Song while we took the bus to training.”

There are eight RSP sites across the state which rely on full-time and traditional Soldiers to assist recruits and answer questions. The Brainerd Recruit Sustainment Program participated during the fall edition of Operation Future Warrior, leading the way in several categories including motivation and warrior spirit.

“Even though it was a long weekend and we were challenged and exhausted we had a great time and have cool stories to tell,” added one recruit.

Several of the events tested the skills and focus of the Soldiers adding loud music, smoke and realistic effects while navigating common Soldier skills and tasks. The Army’s tactics, procedures, vehicle and weapons were introduced to the Soldiers as part of the structured familiarization to training they will take part in as they go to their assigned units.

“It emphasized the importance of strong leadership and team cohesion,” added Kor. 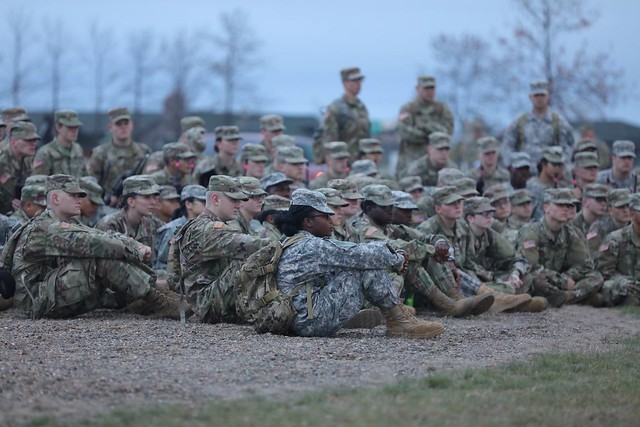