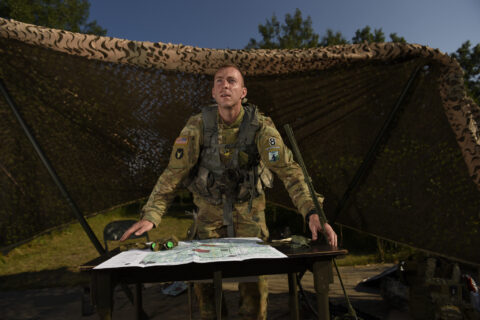 Although every Soldier gave it their all, only one noncommissioned officer and one enlisted Soldier would claim the title of Army National Guard Best Warrior. The room was tense as everyone awaited the results during the final awards ceremony.

“We told you we were going to do everything but break you,” said Command Sgt. Maj. Doug Wortham, the Minnesota National Guard Senior Enlisted Advisor. He summarized the four days explaining how the competitors all came from their respective states as individual competitors and through the competition ended up as comrades. “You were stressed, you were challenged. You guys did a fantastic job… But, the devil’s in the details.”

Each competitor was recognized for the events where they came in on top, but only one NCO and one enlisted Soldier would advance to the all-Army Best Warrior Competition in Fort A.P. Hill, Virginia, in October. Those Soldiers would be Staff Sgt. Daniel Sebo of the Minnesota National Guard and Sgt. Grant Reimers of the Nevada National Guard.

“Honestly, I couldn’t really believe it,” Reimers said. “Throughout the competition, talking with some of the other guys, the competition was really steep. I had no idea I was going to win it.”

“It was a bit of a surprise [to win],” said Sebo. “[This] was one of the more challenging events I’ve ever done. I’ve competed in several Ironmans in the past and, truthfully, training and competing in the best warrior competition was right up there if not above, when it comes to the stressors they place on us and the level of competition we’re against.” 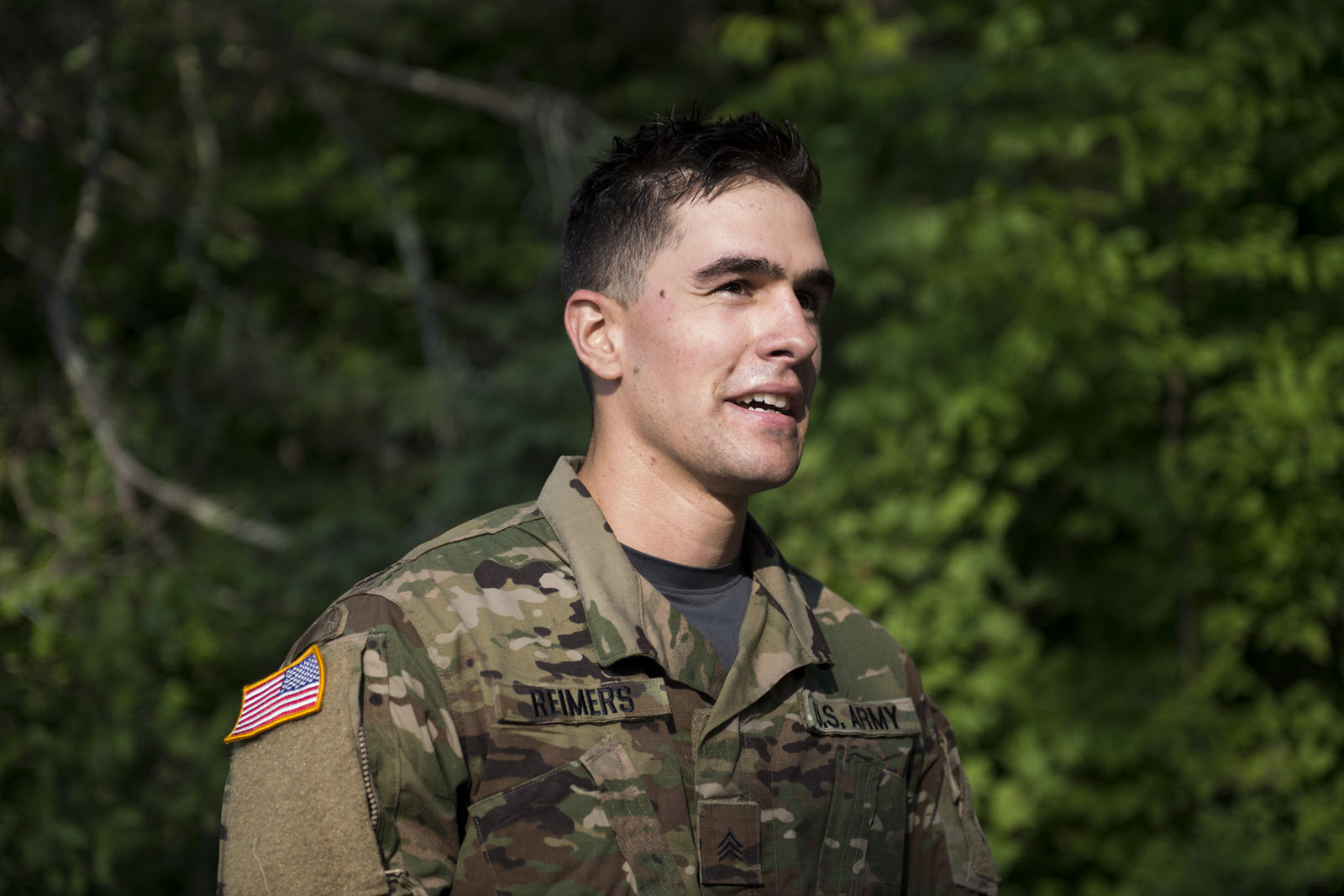 Every soldier gave it their all. Broken into seven regions throughout the U.S., the top NCOs and enlisted Soldiers tested their physical and mental endurance throughout the four-day competition. To make things more interesting, the competition organizers kept the events secret until the Soldiers arrived at each event location.

Day one started immediately after the opening ceremony with an essay and written exam to test the Soldiers’ competencies on a variety of Army topics. Follow-on events were scheduled but due to inclement weather, those events were pushed to the following day.

Day two would test the Soldiers’ physical endurance. The day kicked off with an Army Physical Fitness Test and a combat run of unknown distance, in full combat gear, and included a few interesting obstacles. The day continued with weapons ranges, a confidence course, a medical emergency simulation and basic warrior tasks and battle drills.

Day three included land navigation and crew-served weapons ranges. They were also tested on reaction to media on the battlefield and calling, adjusting artillery fire.

Day four started with a 13-mile ruck march at Itasca State Park with a public reception at the Mississippi River headwaters. They returned to Camp Ripley where each competitor stood before a number of command sergeants major for the Soldier and NCO boards, the final graded event. The day wrapped up with the awards ceremony.

Every Soldier put 100 percent into the competition and challenged their fellow competitors to the very end.

“It’s really great when you can all embrace the suck together,” Reimers said. “It just helps all around embracing just how hard these events [were]. You can laugh and joke and get over it that way.”

“The camaraderie we had and the connections we built with just the caliber of NCOs and Soldiers that were competing are going to be relationships and friendships that I’m planning onMaintaining,” Sebo said.

As for the next competition?

“I feel I’m as well prepared as I can be,” said Sebo, “but I’m not going to stop studying or training.”