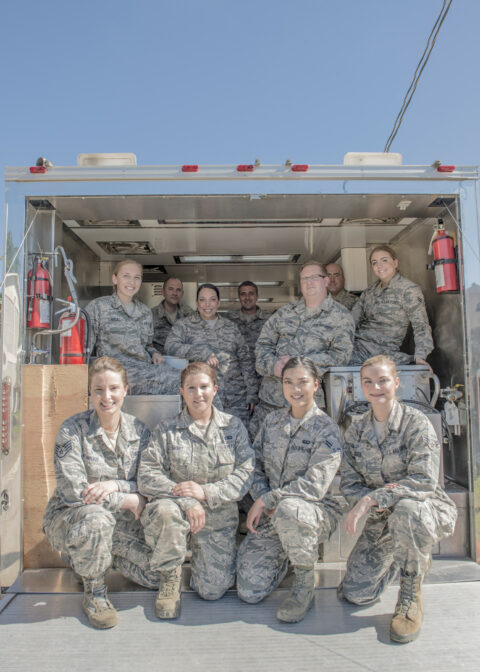 CAMP SANTIAGO, Puerto Rico (Dec. 8, 2017) – It has been more than two months since Hurricane Maria stuck Puerto Rico, leaving a trail of disaster behind it. The island was in dire need of some extra help. More than 230 Air National Guardsmen from 29 states have been deployed to the island and are helping in any way they can.

Eleven of those Airmen are from the Minnesota National Guard’s 148th Fighter Wing out of Duluth, Minn. and the 133rd Airlift Wing out of St. Paul, Minn., are no exception in their desire to lend a helping hand. They have been at Camp Santiago, Puerto Rico, since before Thanksgiving and will leave around mid-December. Their mission is to feed military and civilian hurricane relief workers, giving them the much-needed fuel to complete their mission throughout the day.

“My troops and I couldn’t be more honored to have the opportunity to come here and be a part of this effort,” said Senior Master Sgt. Melanie Kuklis, the services noncommissioned officer in charge for the group of ten Airmen.

Kuklis and other noncommissioned officers of the group organized an effort in their off time to help the more remote communities in their area. The group banded together and collected money to purchase basic supplies, food and water for people in the surrounding areas.

The Airmen from around the state will finish up their mission here in the next few weeks, but for some the deployment will have a lasting impact.

Airman Karlie Kulas, 148th Fighter Wing services, just graduated from her technical school this summer and was only home for a few months before the opportunity to help in Puerto Rico was offered to her.

“It was hard being away from my family during the holidays, but I think every Airman should do something like this,” said Kulas. “I think this was a once in a lifetime opportunity and I feel really lucky and honored to be here. I would definitely recommend it to anyone to come down here to support Puerto Rico.” 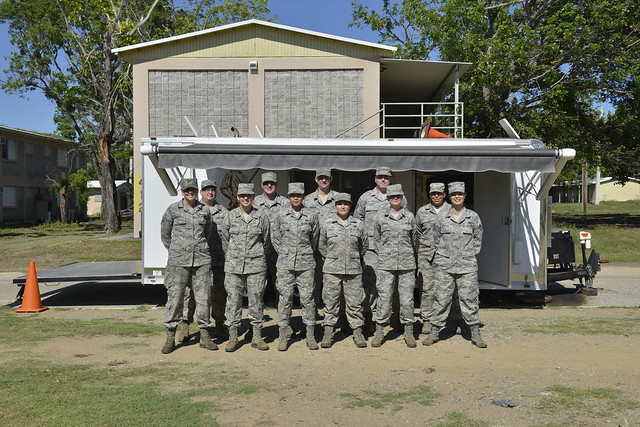