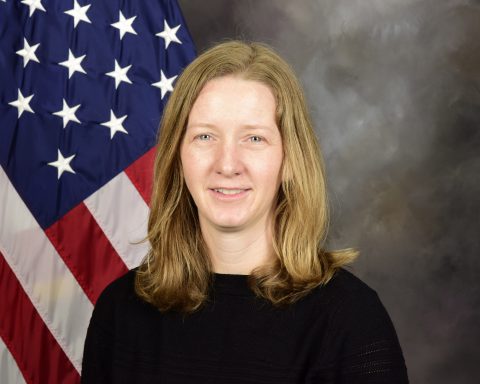 March 25, 2020 (ST. PAUL, Minn.) — The Department of the Army recently named Heidi Savre, assistant inspector general for the Minnesota National Guard, as Inspector General Civilian of the Year in the category of GS 9-11.

“Heidi has a great personality that compels people to like her,” said Col. Daniel Heape, the state inspector general. “This allows Soldiers, Airmen and civilians that contact our office seeking assistance, or upset about a situation, feel at ease and hopeful that we can assist them with their issue.”

“I get to use what I learned as a Soldier in the Army as a 42A and use it as a now civilian Title 5 employee,” said Savre. “A lot of the requests for assistance that come in are related to personnel actions, medical or pay. So it’s kind of using my Army MOS in a different capacity, looking at the same issues and requests in a different way.”

Savre works in an office with three officers who rotate in and out every three or four years. The State Inspector General is a position that is manned with a colonel who comes from the active duty. Over a 12-month period in 2019, the Minnesota National Guard inspector general office experienced turnover of all of the officers in the office. For ten months, Savre took on the workload of the deputy inspector general and detailed inspector general, in addition to her own, while assisting Heape who had just reported to his new position.

“This may be the first time [the active duty inspector general] has worked this much in-depth with the National Guard and how we function,” said Savre. “They come in and I get to provide that continuity and help them along the way.”

Savre says she is passionate about Soldier care and finds it rewarding to be able to provide answers for those with concerns, even if they aren’t always the answers they are hoping for. That is where the teaching and training portion of the job comes in and Savre tries her best to explain the process and the result.

“We pick up that phone and we don’t know what’s going to be on the other end,” said Savre. “What’s coming in is mostly never very positive, but at the end after we’ve researched and had conversations, we’re able to provide that Soldier, Airmen or family that answer.”