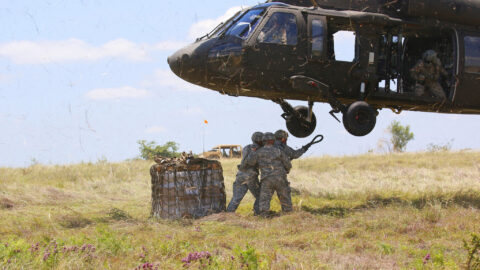 “Our mission is to support a brigade element here,” said Chief Warrant Officer 4 John Otremba, with the 2-147. “But I think our ultimate mission is to train for an austere environment which sets us up for success at NTC next year.”

“We developed cohesive teams both within and across units. The relationships we established with the task force Soldiers from Minnesota and other states, as well as with the regimental and squadron-level commands and staffs from 278th ACR will help us be more successful during our rotation at the National Training Center next spring,” said Lt. Col. Kevin O’Brien, the battalion commander.