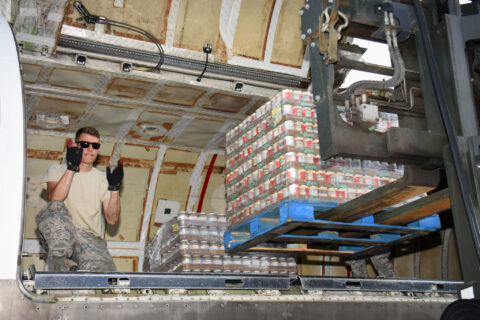 ST. PAUL, Minn. (Sept. 29, 2017) – In the span of a few weeks, three major hurricanes hit different parts of the southern United States, causing widespread damage and destruction and requiring the response of agencies around the country. The Minnesota National Guard is one of the many organizations that have responded, sending Soldiers and Airmen to Texas, Florida, the Virgin Islands and Puerto Rico.

“This is the most gratifying deployment of my career,” said Capt. Jeremy Maxey with the 133rd Airlift Wing who was called back from his vacation early to go to the Virgin Islands. “It means a lot to be able to actually directly help people. It’s why I serve. Throughout my career I’ve deployed numerous times, but this is the one where you actually see the people you serve.”

The start of the month brought the first request for assistance. On Sept. 1, two CH-47 Chinook helicopters and 11 personnel from the St. Cloud-based B Company, 2nd General Support Aviation Battalion, 211th Aviation Regiment left for Texas following Hurricane Harvey to transport personnel and equipment in support of response efforts.

Following Hurricane Irma, another CH-47 aircraft and crew was dispatched to Jacksonville, Florida. The six personnel assisted the Florida National Guard, operating out of Cecil Field.

In response to the destruction Hurricane Irma brought to the Caribbean, the 133rd Airlift Wing sent 14 personnel from the unit’s Aeromedical Evacuation Squadron to Scott Air Force Base, Illinois, to be on standby to conduct emergency medical evacuations. The Airmen remained at Scott Air Force Base from Sept. 9-15.

“I’ve been doing this for 28 years and I’ve never seen so many curve balls thrown at a group and they’ve tackled every one of them and it’s been fantastic,” said CMSgt. Rick Shumacher with the 133rd Airlift Wing. “I can’t be more proud to be part of this mission, especially with a bunch of different organizations working together, it’s been incredible.”

In addition to the Airmen in the Virgin Islands, the 133rd Airlift Wing sent seven Airmen with specialized communications equipment to San Juan, Puerto Rico, Sept. 25. The Airmen will assist in re-establishing critical communications in support of Hurricane Maria recovery efforts.

“Being activated and going through this entire experience is really good training, not only for being an aerial porter, but as an individual and seeing the conditions that other people like the civilians on this island have to go through and the impact that we’re having,” said Staff Sgt. Heather Boutin with the 133rd Airlift Wing. “I’m willing to make sacrifices so that other people can live comfortably.”

Also during the month of September, the Minnesota National Guard supply warehouse at Camp Ripley shipped more than $1 million in medical supplies to Texas, Florida, the Virgin Islands and Puerto Rico.

The Minnesota National Guard will conduct recovery operations in the areas impacted as long as needed and is preparing for additional requests for assistance in the coming weeks. 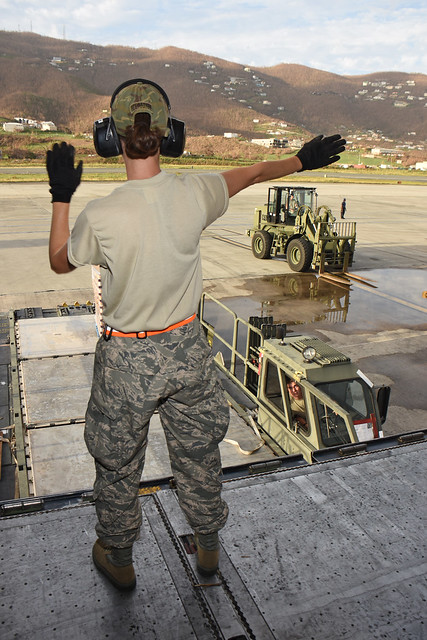