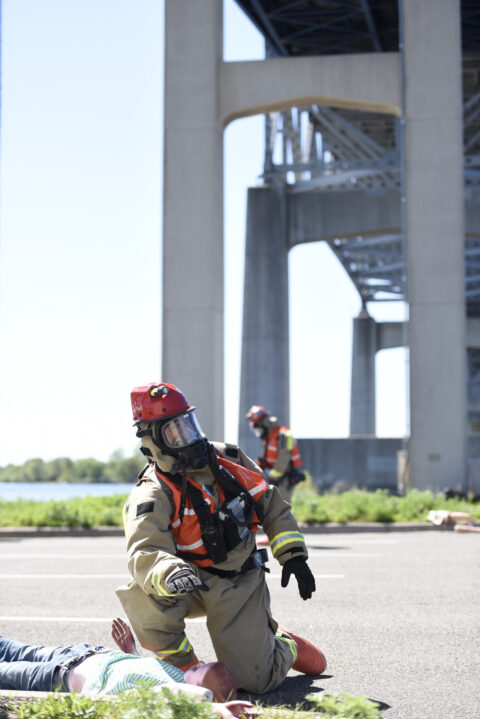 DULUTH, Minn. (June 8, 2017) – Minnesota National Guard members serving in a variety of roles tested their skills as evaluators and domestic response assets during a Combined Training Exercise simulating a chemical explosion in the harbors of Duluth from June 3 to June 9, 2017.

The exercise was the first time in nearly four years that the specialized 55th Civil Support Team – which would respond to a Chemical, Biological, Radiological and Nuclear (CBRN) threat before any other Minnesota National Guard unit – worked in conjunction with the 84th Troop Command’s CBRN Enhanced Response Force Package. In practice, the CST would provide the initial response and hand the mission off to the CERFP, which is capable of mass decontamination and casualty support as well search and recovery expertise in the event of collapsed or damaged structures.

And as crews of CERFP Soldiers donned protective gear, established decontamination lanes and prepared for swells of simulated victims seeking medical attention, a few select Soldiers quietly observed it all.

Headed by Capt. Luke Braun, officer-in-charge of the newly-formed External Evaluation Team, a six-person team observed each training scenario to ensure tasks were being executed to standard. If the evaluation team is successful in ensuring units are training properly, it could ultimately reduce the time Soldiers spend away from their loved ones.

“My team allows the Minnesota National Guard to evaluate itself, as opposed to calling on First Army to receive our validations,” said Braun. “We offer a complete training package, letting commanders know what we see and what we can provide for them to satisfy ‘Objective T’ requirements.”

“Objective T” was adopted in 2016 by the Minnesota National Guard, which transitioned the organization to a new method for reporting the training readiness of its units by providing a more objective assessment of a unit’s training status and preparedness for mobilization.

“We provide many products, such as an executive summary and formal After Action Review to the commander, while also helping to fill out and submit forms for the units to satisfy ‘Objective T’ requirements,” said Braun. “Ultimately it helps improve training proficiency, and ensures there are no peaks and valleys in a unit’s level of readiness.”

“Our initial work here leads up to evaluating the 347th Regional Support Group’s Combat Support Training Exercise in August,” said Braun. “Validation at home-station training shortens the time they will spend at their mobilization station.”

Eventually the evaluation team will support eXportable Combat Training Capabilities validation, which is a requirement for brigade combat teams preparing for their “ready year,” the year in a four-year cycle in which they could be called upon to deploy.

“I see this as a good thing, seeing the way the state can use us in the future as evaluators,” said 1st Lt. Ellyn Emde, a collective training liaison officer on Braun’s team. “This was our first experience as Observer Coach Trainers, and we’re using the experience to see where we can improve going into the next one.” 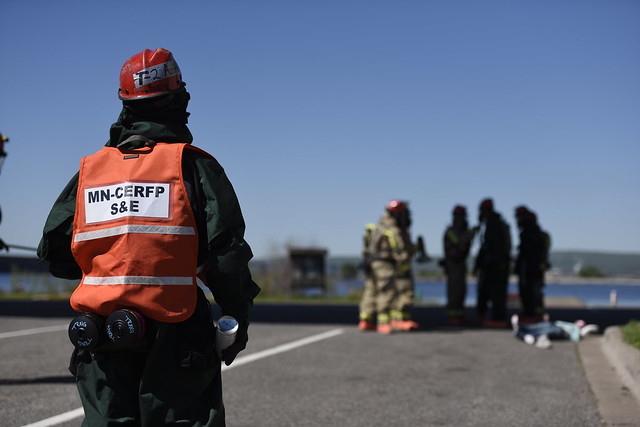