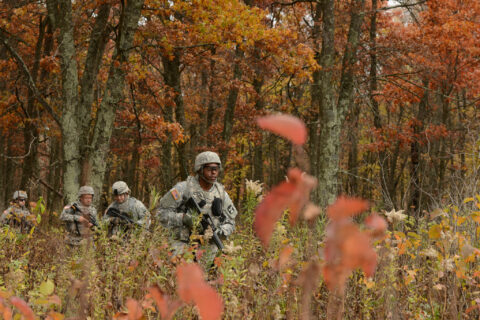 CAMP RIPLEY, Minn. (Oct. 17, 2016) – The 347th Regional Support Group hosted a brigade-level Best Warrior Competition at Camp Ripley Training Center from Oct. 14 to 16, 2016, to select the brigade’s Best NCO and Best Soldier – both of whom will represent the brigade at the state-level competition in 2017.

“We made a point to make this event challenging, and it has been,” said Sgt. 1st Class Mark Shields, assistant operations NCO for the brigade. “Regardless of the outcome, the Soldiers competing for the title of Best Warrior are getting great training value.”

Ten Soldiers made up this year’s field, representing 5 of the 9 units that make up the brigade. The contestants are supported by nearly forty Soldiers participating as sponsors, evaluators and staff to provide direction, motivation and support.

“With all the planning, coordination and logistics that went into this event, the support staff is getting great leadership experience as well,” said Shields. “We don’t always get these opportunities, and whether it’s the Soldiers competing or Soldiers administering, we’re taking advantage.”

The 3-day competition officially began on the Friday morning of an extended drill weekend. After in-processing, the competitors conducted the Army Physical Fitness Test before moving downrange to qualify with their individual weapons as well as the M9 pistol and crew-served 240B machine gun. After the sun set, contestants navigated by moonlight and flashlight on one of CRTC’s several land navigation courses – by the time their heads hit the pillow, Day 2 of the competition was already underway.

As the sun rose on Day 2 of the competition, the ten Soldiers again found themselves at a land navigation course. They would spend the next 3 hours finding points in the middle of the woods before moving to CRTC’s Combined Arms Combat Training Facility to undergo a series of scenarios that tested their ability to move as a member of a team, react to enemy fire and perform common Soldier tasks such as disassembling the .50 caliber machine gun and operating a radio.

“Fatigue plays a huge role into how well they remember their skills,” said Sgt. 1st Class Megan Allen, a readiness NCO with the 347th RSG.

Then, on what would already be worn-out feet, the Soldiers faced the 12-mile ruck march on a packed-gravel road. With competition among the contestants having grown, Soldiers set an ambitious pace that included running for stretches of the march. Following the physically demanding day, Soldiers had to push through mentally and put together a formal, persuasive essay.

And finally, on Day 3, the contestants assembled their dress uniforms and gingerly navigated the CRTC Education Center where they would conduct a formal board in front of senior leaders of the brigade – an event that tests the Soldiers’ professionalism, etiquette and knowledge.

After scores were tallied from each of the events, the winners were finally announced at a closing ceremony. The following Soldiers of the Year will represent the 347th RSG in 2017, when they go head-to-head with Soldiers of the Year from the other major commands that make up the Minnesota National Guard: 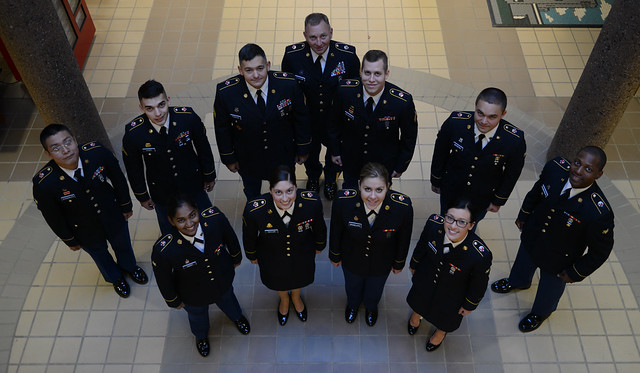